The Wealth Gap In London

This GLA Intelligence Update takes a brief look at evidence around the wealth gap in London and examines how this has changed in recent years.

• There is a significant gap between the rich and poor in London, both in terms of their wealth and their income.
• A higher proportion of the wealthiest households are in the South East of England than in London.
• Pension wealth accounts for more than half the wealth of the richest ten per cent of the population.
• In London, the tenth of the population with the highest income have weekly income after housing costs of over £1,000 while people in the lowest tenth have under £94 per week.
• The gap between rich and poor is growing, with the difference between the average income for the second highest tenth and second lowest tenth growing around 14 per cent more than inflation since 2003. 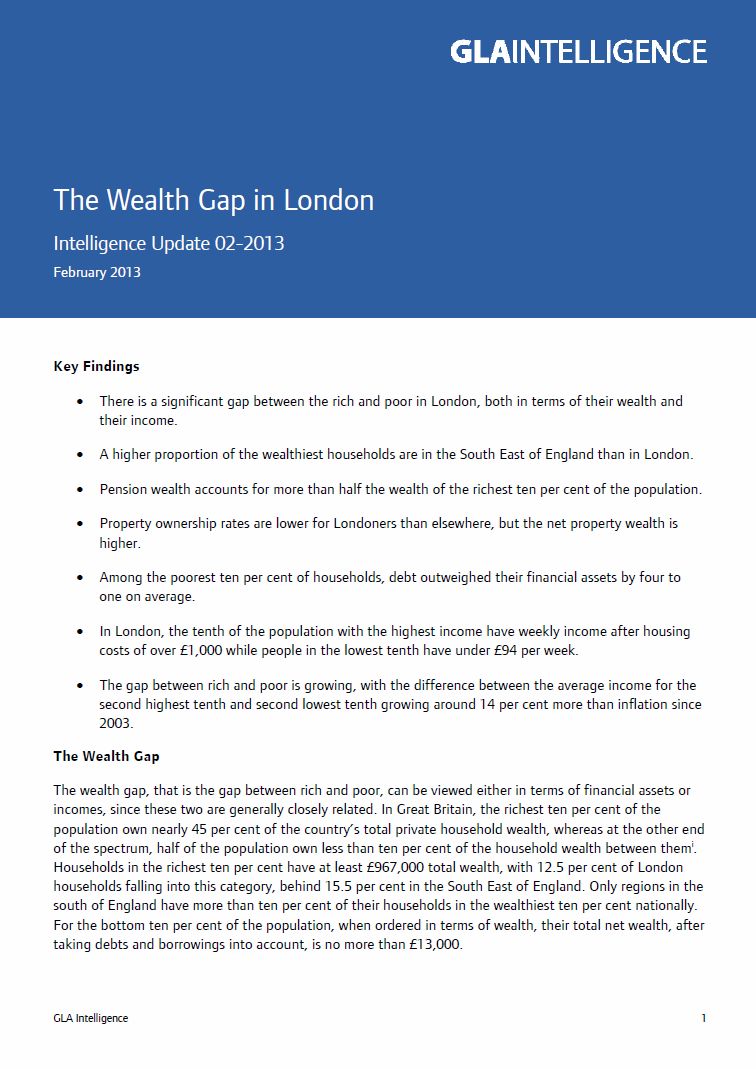 The data included in the report is available to download here

The Wealth Gap In London