The number of Londoners living in poverty has seen little change.

Children, particularly those in workless households, remain the group most likely to live in low income. The poverty rate for children in London, after housing costs, at 37 per cent, remains higher than for any other region, but is at its lowest level for sixteen years.

The percentage of working age people living in poverty has increased again for London. 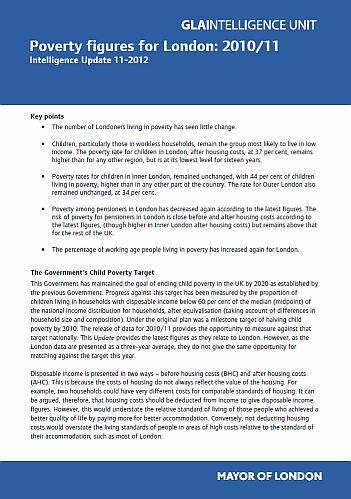